For more than a decade, tourism and overfishing placed one of the most important marine biodiversity treasures in the region under threat

This wake-up call triggered the alarms of the community, of international organizations. A campaign that has paid off nine years later. This Tuesday in Bahrain, the World Heritage Committee has decided to remove this reef system from the list of endangered sites after the safeguard measures adopted by the country, in particular, the introduction of a moratorium on oil exploration throughout the maritime zone of Belize and the protection of mangroves.

“This achievement will benefit the entire reef system of Mesoamerica [composed of Mexico, Belize, Guatemala and Honduras]. Marine life is interconnected, whatever happens in Mexico, in Belize or in Guatemala has an impact on the entire system, ”says Nadia Bood, WWF Mesoamerica climate change officer. With this moratorium, this Caribbean country joins the two countries, France and Costa Rica, which have some regulation to contain oil exploration in protected natural areas.

From the coast, the shock line of the reef announces the world heritage that hides under its waters. In the depths, a metropolis of underwater life is full of colors, movements and shapes. Colonies of corals, fish, brunettes, jellyfish and different types of turtles make their way through the Atlantic currents. A treasure safe, at least for now, from the harassment of real estate developments on the coast and oil activities.

The promulgation of this ban was not without controversy. Faced with the need to protect the reef system, there were voices that prioritized the economic development of this Central American country. “Belize is not a rich country. It is natural that if we believe we have this type of [oil] resources, this can result in an economic benefit. Many nations hesitate to make such decisions because of the economic implications, but for us it was much more important to protect the reef system, ”explained Patrick Faber, deputy prime minister of Belize.

Despite this achievement, threats against the most important reef in the Americas continue. The vastness of the fish banks has attracted dozens of illegal fishermen, while the beauty of its landscapes encourages the arrival of tourists who in their eagerness to take a selfie inches from coral colonies represent a risk for an ecosystem that depends of balance to survive.

“The battle is not over, the threats are still there, for example, the arrival of cruise ships, overfishing. It is still necessary to protect the mangroves, which are part of the reef, ”says activist Kristin Marin, 25. The extensions of these saltwater trees, which function as "nests" of fish, molluscs and crustaceans have been losing ground in front of the development of hotels and residences on the slopes of the country's lagoons. To date, the loss of mangroves within the reef is equivalent to 6,500 football fields, according to a WWF study.

With the tourist development, hotel consortiums and private investments arrived to settle luxury resorts and mansions with views of the paradisiacal Caribbean coasts. Belize's most famous private investors include actor Leonardo DiCaprio and director Francis Ford Coppola, both owners of exclusive hotel developments in the country. In contrast, there are fewer and fewer local people with a property by the sea, many of them chose to sell their land to the highest bidder. Inside, the colorful houses stand out, on palafitos, with windows and doors open before a permanent summer climate. 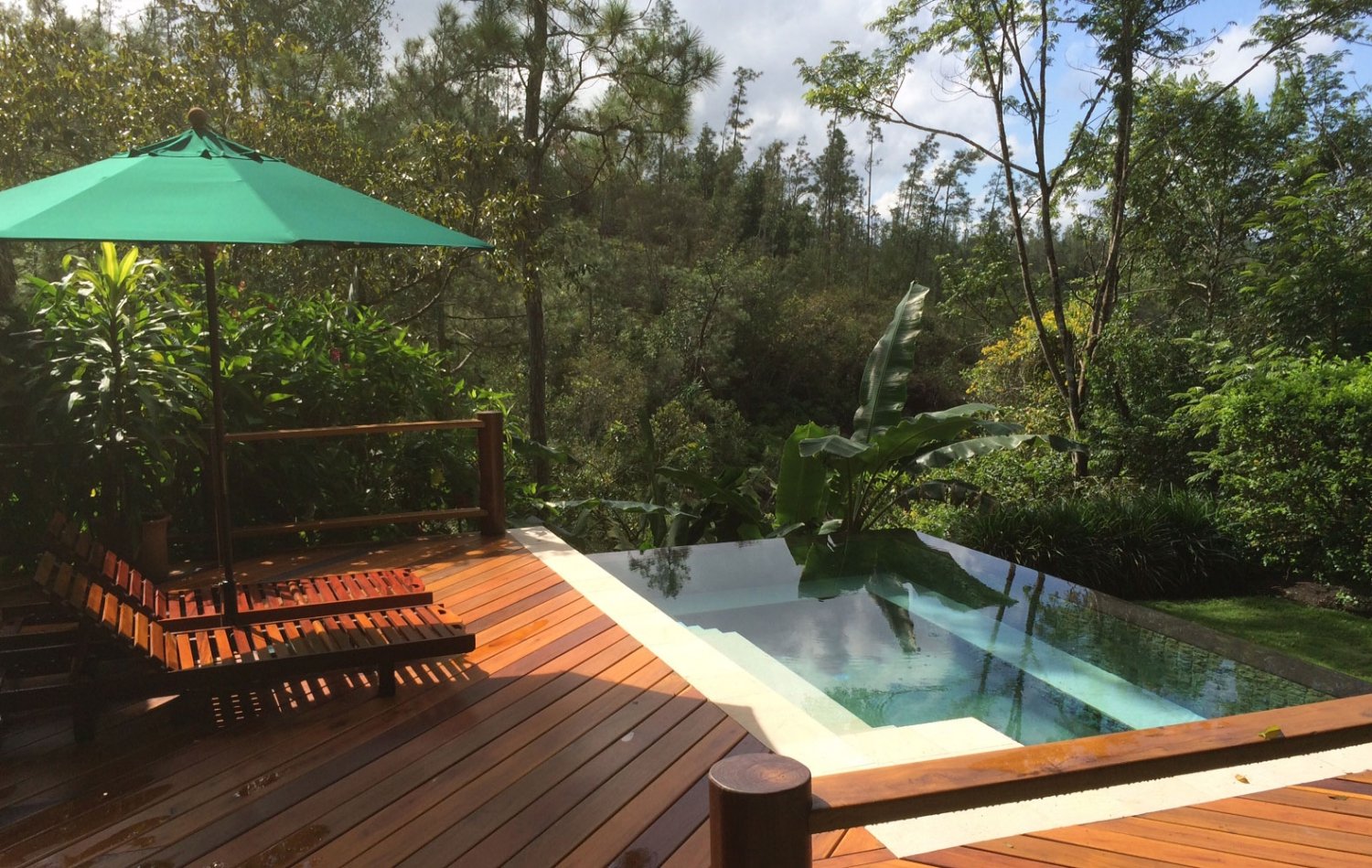 Kurt Godfrey, fisherman for 40 years of the community of Placencia, has witnessed the transformation of the island by the arrival of tourists and foreign residents. From his boat, this 59-year-old man contemplates the mangroves that have been planted on the slopes of the residences, as an example of finding a balance between the environment and real estate development of high purchasing power. Heir to a fishing legacy initiated by his grandfather, Godfrey explains, without taking his hands off the helm of his boat, that tourism and fishing are the economic engines of that country. “If you want to be a fisherman, you have to go to the fishermen's school to learn how to protect the seas as is the case in Cuba,” he explains in a low, slow voice.

From another trench, Deidra Mahler, spokesperson for the Southern Environmental Association (SEA), lists among the risks that plague the reef: tourism and the arrival of invasive species and illegal fishing because natural protected areas are very lucrative areas for fishing “People go fishing at night thinking they won't be discovered. That remains our challenge and we have made joint patrols with the coast guard, ”he said. 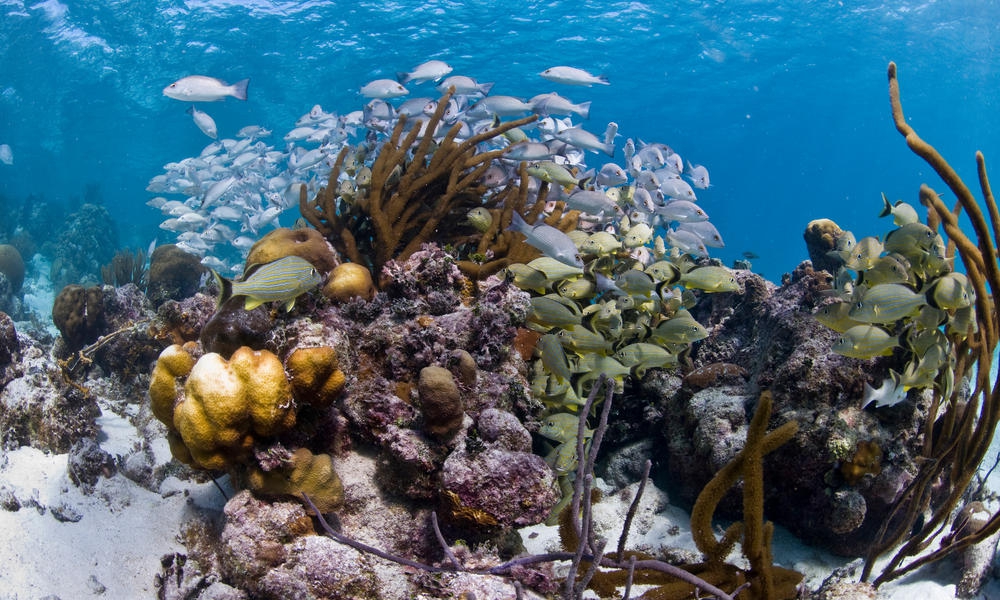 This organization co-manages the Laughing Bird Caye National Park, one of Unesco's estates. An island less than one hectare in length with an area for tourism and recreation and a restricted area of ​​natural conservation. Every year this place receives up to 9,000 people a year, 89% are foreign tourists and the rest are local. A proportion that illustrates the attraction that this world heritage represents to foreign visitors and that explains why tourism is one of the most thriving industries in Belize.

The tourism sector generates almost a third of the country's employment with 48,000 places and represents almost 40% of the country's GDP. Only diving and snorkeling activities generate more than $ 37 million a year, according to WWF figures. In the municipality of San Pedro, north of Belize, they operate a hundred hotels and dive shops offer water activities and boat rides. Meanwhile, reggae bars and restaurants offer tropical drinks and dishes whose essential ingredients come from the sea.

The conservation of one of the most important natural wonders of the planet is on the table. With the recovery as Unesco World Heritage Belize faces a new commitment to safeguard the home of the Antillean manatee, the green turtle, more than 500 types of fish and some 1,400 species of marine fauna. Time will clarify if this Unesco World Heritage can definitely get rid of the dangers of overfishing and harassment of tourists and real estate developments on its coasts.
Written by: Belize Local Expert
PUBLISHED: Sep 28th 2020