Belize (formerly: British Honduras) is a small paradise located in Central America that shares a border with Mexico to the north and Guatemala to the east. To the west, Belize has almost 300 kilometers of coastline that overlooks the Caribbean Sea and multiple atolls, islands and islets that combine some of the best Caribbean dive sites.


The word Belize means "the road to the sea" and we understand why. Many divers place the small country at the top of their list of dives but few divers know that the ideal way to visit its turquoise waters, and, in passing the famous Blue Hole, is to book a liveaboard in Belize.

The best destinations for diving in Belize

The Turneffe Island Atoll is the largest atoll in Belize. Probably the most tourist, it is very close to the city of Belize and was classified as a nature reserve in 2012 because its waters are inhabited by many endangered species. You can discover beautiful and magnificent gorgonian corals as well as turtles, manatees and dolphins.

​Lighthouse Reef and Blue Hole is often considered the best dive spot in the Caribbean thanks to the legendary Blue Hole of Belize. This amazing Blue Hole is located in the center of the Atoll Lagoon. The hole is 300 meters large and 120 meters deep. But the Lightouse Reef Atoll has almost fifty extraordinary dive sites that are worth a visit like the dive sites of Half Moon Cay.

Placencia is a small and divine peninsula, far from the tourist flow, which is located south of Belize. This small peninsula is perfect for a dive trip in Belize if we want to be away from the hustle and bustle of the island-hotel. It is simply a paradise for nature lovers. If Placencia has several interesting diving sites, Cayo Ave Risueña and Gladden Pit Marine Park are the best place to dive in Placencia. Gladden Pit is often considered, like the Lighthouse Reef, as one of the best dive sites in the Caribbean. Many whale sharks stop there from March to June and in this period you could, so to speak, dive with the whale sharks.

Glovers Reef is probably one of the most remote and difficult access sites for diving in Belize. You can only dive into Glovers if you book a liveaboard trip in Belize. It is possible to make the trip from the continent when the sea is calm but few dive centers will make the trip. And yet, the dive sites of the Glovers Reef Marine Reserve are really worth a visit. 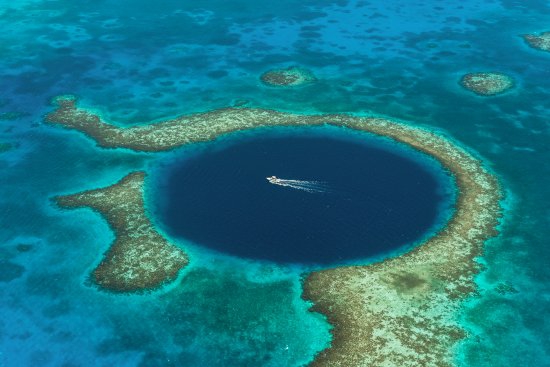 Best time to dive in Belize
It is possible to dive throughout the year in Belize but we advise you to avoid the so-called rainy season from August to October. Be aware that during this season, the wind is very strong and hotter than the rest of the year. Ideally, we recommend diving in Belize from February to May, which is the most pleasant month but also the whale shark season that you can observe in the Gladden Spit reserve.

Diving conditions
Visibility is constant throughout the year, approximately 30 meters or 100 feet. When the north winds blow heavily, visibility tends to decrease. The currents are generally low and constant. You can make nice movement dives in Belize but they are not very difficult. The difficulty of diving in Belize is very variable. Some sites are perfectly suited for beginner divers who wish to take a dive in Belize while other dive sites like the Blue Hole will enchant experienced divers. The water temperature in Belize varies between 26 and 30 centigrade. 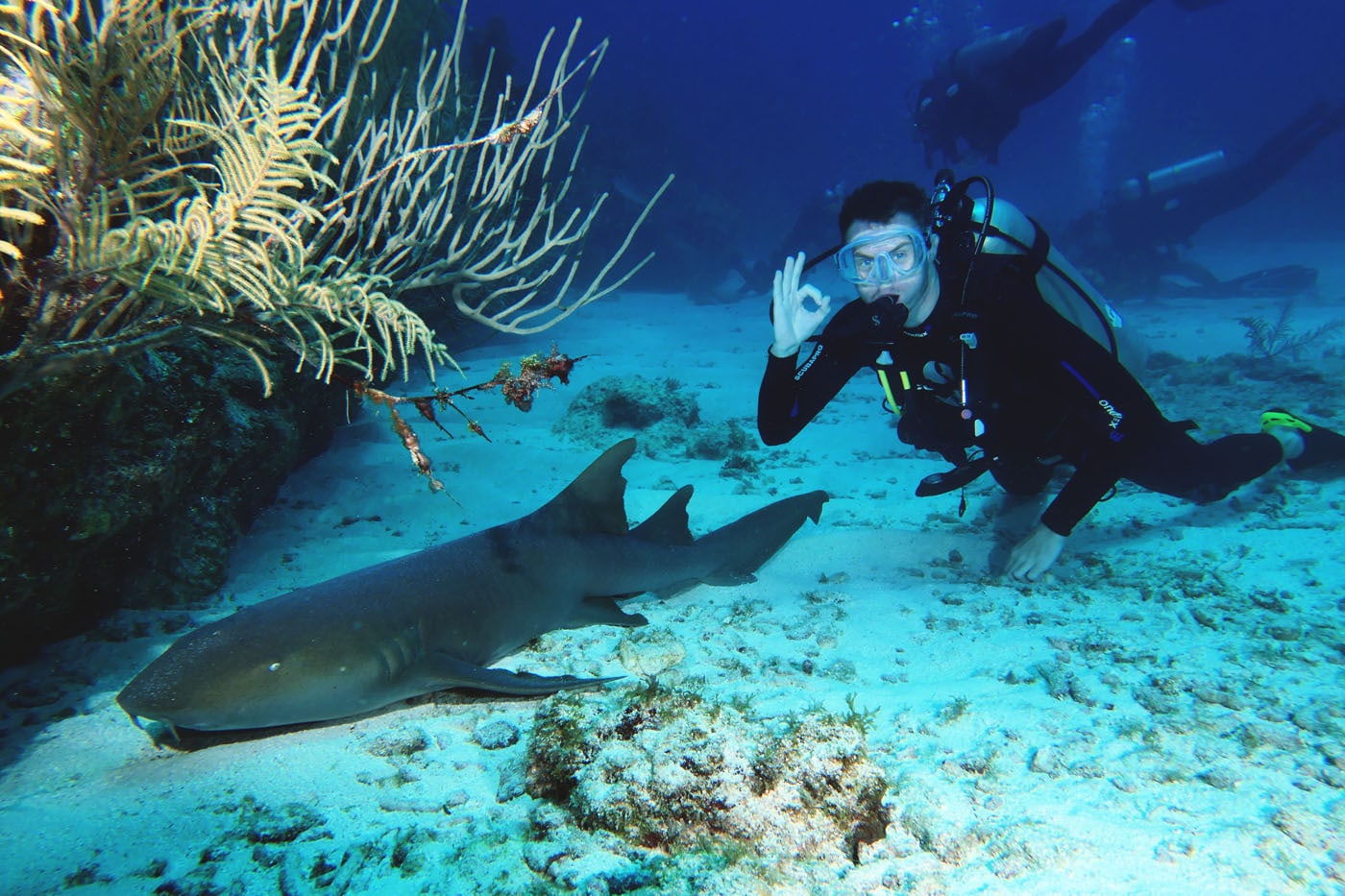 Dive cruise in Belize
The best way to visit Belize is to book a dive cruise. In fact, many dive sites are only accessible by cruise. Glover Reef Marine Park is too far from the coast and dive centers do not make the trip. Also, to dive in the blue hole from a dive center in Belize, it will take around 3 hours 30 boat and will leave at 6am. Many dive boats cross the seas and you will surely find a cruise within your budget.

What to see while diving in Belize
First of all, Belize's flora in particular is known for its soft and difficult corals, which are very healthy and particularly colored. One can observe absolutely fabulous multiple black corals. On the other hand, we find all the common fish in the Caribbean, such as parrot fish or balisters. In addition, you will be able to dive with stingrays, groupers, turtles and also multiple sharks such as nurse sharks and gray sharks. If you're lucky, you might be able to dive with hammerhead sharks. The wildlife is exceptional and diving in Belize should be high on the wish list of divers everywhere.